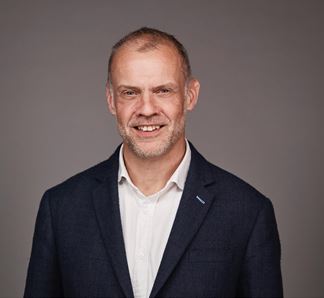 Euan is Chief Operations Officer at Foxtel. Headquartered in Sydney, Australia he is responsible for Product Development, Program Management and all the Operations platforms upon which Australia’s premier entertainment company is built (Broadcast, OTT and Enterprise systems).

Euan has been in TV for over 15 years. Prior to joining Foxtel he was consulting at Twenty First Century Fox in Los Angeles, US where he helped the Digital Consumer Group build out their ‘next generation’ commerce platform and product set. Before this Euan spent five years as COO in Sky Deutschland, a key player in the team that turned a €250m per annum loss-making business into a major commercial success. Sky D is now Germany & Austria’s leading payTV provider, part of the wider Sky group, delivering sparkling content across cable, satellite, IP & OTT. En route to profitability the 1500-strong team that Euan led built Germany’s largest OTT platform from scratch (Sky Go, Sky Ticket), performed a full reengineer of broadcast, studio & IT operations, tripled B2B business revenues unit and won more than a dozen product innovation, customer service and operations awards.

Earlier in his career Euan ran Sky UK’s field, supply chain, service & purchasing operations for eight years, leading a team that grew to over 3000 & was instrumental in the successful launch of DVR, HD & Broadband products. As Group Purchasing Director for Hepworth / Vaillant (a major EU white goods manufacturer) Euan helped bring the Group back to profit and oversaw a successful merger across 5 EU countries. He has also spent time consulting with KMPG (at clients including Canon & Highland Distillers). Even further back in time, Euan learned his trade at Unilever, where he ran the ice cream factories that brought Solero, Viennetta and Cornetto to the world.

Euan is an engineer by background, an alumnus of Birmingham University & Harvard. When not working or helping raise his two teenage children, Euan likes to surf. He isn’t very good.

More detail can be found at www.linkedin.com/in/euans