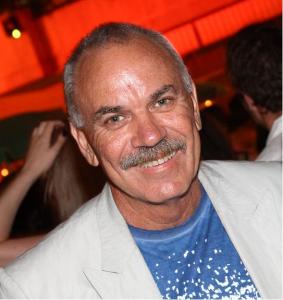 John Steedman has been in the advertising business for over 40 years having joined McCann Erickson in 1971 as a dispatch boy and later he joined the media department. In 1973 he transferred to Adelaide as Media Manager. McCann’s in Adelaide was a small operation of 23 people but it was good business grounding for John as he also had account service responsibilities on the Coca-Cola business.

In 2005 John was promoted to Chairman/CEO of GroupM Asia Pacific, the largest media investment management group in Asia Pacific. After a 6 month sabbatical in 2008, John took the role of Chairman /CEO of GroupM Australia, based in Sydney and has led the resurgence of the group business over the last 8 years. On January 1st 2016 he stood down from that role.

In a recent AdNews, Steedman was named the second most powerful person in media and at the 2013 MFA (Media Federation of Australia) Awards Steady was inducted into the Hall Of Fame.

In April 2016 John returned to the WPP group as Board Director of WPP AUNZ and took on the new executive role of Chairman, WPP AUNZ Media Services.

John, known as Steady by everyone, has two children Dylan and Jess.