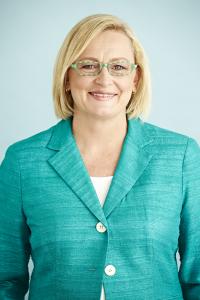 Under Kim Portrate’s leadership, ThinkTV has become a fresh, positive, and passionate presence in the Australian marketing and advertising community in its first two years. ThinkTV’s aim is to be a go-to destination for fact-based evidence on media effectiveness.

After 20 months the evidence-led marketing, research and technology development company has produced new, independent research to show commercial, multi-platform TV remains the most effective platform for Australian advertisers and their agencies.

This independent validation has been shared – using ThinkTVs distinct tone of voice – with Australia’s marketing and media community through consistent and imaginative marketing, media relations and outreach work.

ThinkTV also works behind the scenes to advance TV industry technology development, with its shareholders – Foxtel/MCN, Nine, Seven and TEN – and OzTAM to make TV easier to trade.

She has also worked in both creative agencies and media agencies in the US and in Australia.

She has led marketing projects and departments for companies as diverse as Unilever, Pepsi Cola, Optus, AMP and Tourism Australia.

In 2015, Kim was recognized as one of the top 15 marketing officers in Australia by CMO magazine and following her appointment at ThinkTV was named in the AdNews Power 50 List in 2016 and 2017.