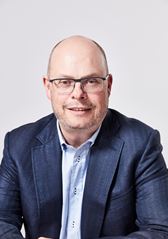 Michael joined Mars in 2010 as SNICKERS® Global Brand Director before moving to the role of Vice President of Marketing UK Chocolate in 2011. Michael was made a Fellow of the Marketing Society (UK) in 2014. Michael was promoted in February 2015 to head up Marketing for all of Europe and Eurasia. He was appointed to his current role in July 2017.

Michael has been involved in running FMCG brands and businesses since the start of his career – a native Australian, Michael previously worked for Kraft Foods as Marketing Director for their Australia and New Zealand business. Before Kraft he spent 18 years at Cadbury Schweppes in a variety of commercial and marketing roles, and was CMO for the Group businesses across ANZ. Michael is based in Melbourne Australia.