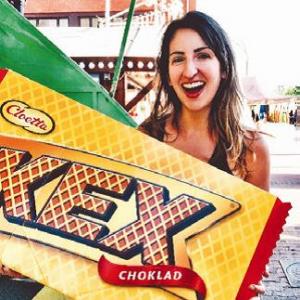 She is a professional foodie, previously spending her days working as Marketing Manager for SBS and Food Network and her nights moonlighting as a food blogger and restaurant judge.

Alex’s portfolio has grown over the past three years to include the Drama, Food, Entertainment and Sport genres on SBS main channel, plus Australia’s most popular food channel, Food Network. A day’s work could mean running the off-channel activity for SBS’s latest drama series, formulating the marketing strategy around World Cup and leading 100 staff dancers behind the SBS Mardi Gras float.

Alex is particularly proud of her achievements relating to Food Network which she launched in Nov 2015 on a shoestring fry budget and is now pulling in over 5 million viewers per month. Lack of channel talent, resources and budget didn’t stop the launch campaign from garnering a hugely positive response, exceeding ratings targets and picking up a Global Promax Award in NYC for best outdoor creative. Prior to SBS, Alex worked at Sydney’s most impressive hospitality company, Merivale, driving the marketing for the group’s collection of 60+ restaurants, bars and clubs, including its iconic yearly food festival, March into Merivale. Before that Alex worked for a collection of food-related media in various marketing roles, including Foxtel’s LifeStyle Channels and Gourmet Traveller magazine.

While at Foxtel she was recognised in AdNews magazine’s 2010 ’40 Under 40′ list of rising stars in Australian advertising, media and marketing industries. Alex learnt early in life that the way to her heart was through her appetite so in her spare time she teaches free Greek cooking classes with her beloved yiayia and volunteers at the Auburn Community Centre with Settlement Services International.