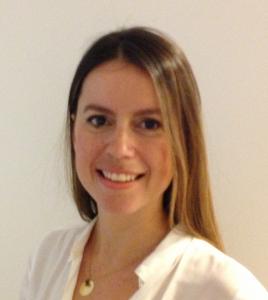 Burcak is a Marketing Manager for Huggies in Kimberly-Clark, currently working on laying the foundations for sustainable growth for the brand. Burcak recently returned to Sydney in mid-2014, after a 2 year stint in their Istanbul office. As Marketing Director in Turkey, she led the marketing team that launched Gender Specific Nappies into the Turkish market with great success, essentially changing the dynamics of the category in the process. Burcak and her team picked up an Effie advertising award for the campaign and the ad was the third most talked about television commercial in Turkey across all categories. Partly in recognition of these achievements, Burcak was promoted and served as part of the executive team for Kimberley Clark in the EMEA region.

Prior to her time in Turkey, Burcak led the marketing team for Bath Tissue in Kimberly Clark Australia and received an innovation award for launching the first branded Pinterest campaign in Australia. In the earlier part of her career Burcak worked across a variety of FMCG brands, including Gravox and Schick Men’s razors. The highlights of that time included launching the first gourmet range of gravy sauces in Australia and the most successful local launch of the Schick Hydro razor, as well as winning awards for the consumer promotion developed for the campaign and an iPhone app for the Schick/Movember partnership.

Burcak is passionate about innovation and diversity and the value they can add to organisations, having worked across different leading brands, cultures and geographies.