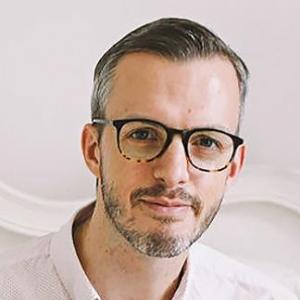 Ciarán has been working online since getting a job in an internet cafe in Sydney in 1999. He currently leads the team at Facebook focused on the PC & Console Gaming industry in EMEA, based out of their international HQ in Dublin.

Throughout his career Ciarán  has worked in in publishing, at creative and media agencies, client-side and in sales organisations driving innovation and understanding of consumer trends.

He started in online publishing, setting-up the first SEO training programme for journalists at the UK B2B publisher RB, before moving agency-side where he was responsible for award winning campaigns as Head of Search & Social at digital marketing agency Altogether. He then spent 5 years at global media agency Mindshare, as the first Head of Social in their worldwide office in London, the first Head of Digital at Mindshare in Ireland and then the first Chief Digital Officer for Mindshare Australia. During his time at Mindshare he helped win & retain major clients and ran a number of innovative initiatives and campaigns to ‘normalise’ digital at Mindshare and its clients. Moving sales-side to Yahoo!7 in Australia he led the commercial launch of Tumblr, before moving to American Express where he managed a team providing marketing services and advice to its merchant clients across the region.

He has been lucky enough to speak at major marketing & advertising events around the world, and been asked to contribute to a well known media outlets including the UK’s BBC & Channel 4 News, The Guardian & The Financial Times.

He loves to blog about his twin passions of music and tech, but his two young daughters mean that happens less than it used to.