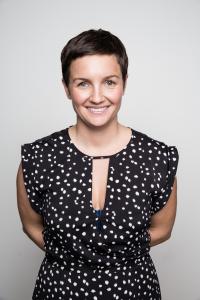 Claire’s role is focused on driving the ‘mission’ of the agency, with a focus on making the individuals in the team the best they can be. Claire also has an impact on shaping the industry by being on the board of the PRC – the PR arm of the Comms Council.

Previous to this, Claire was Managing Director of Mango, part of the DDB Group, where she won Cannes Lions and Spikes awards for creative work as well as Agency of the Year and Employee of the Year awards locally. Whilst she was there she worked on fmcg, telco, quick service retail and lifestyle brands and delivered 50% growth for two consecutive years. She was also a judge at Cannes Lions and NYC Festival.

Prior to Mango, Claire was General Manager of Zing for 18 months and before this she spent a year working for not for profits in India, including working as a producer on a documentary about climate change. Her focus in India was to help tell the stories of the communities she met, in order to drive fundraising. Claire’s first three-year stint at Mango as a Group Account Director preceded this where she learned the art of integration through-the-line, and before this, she travelled to Sydney from London where she had worked on the international team at Freud for five years on Pepsi, Lynx, Nike and Bertolli