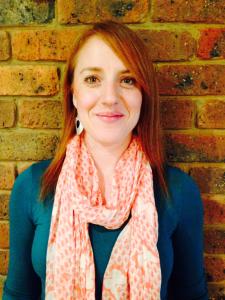 Claire has worked in the advertising industry for over 12 years working on some of both England and Australia’s most iconic brands. Claire is currently the Group Business Director on ANZ at WhybinTBWA Melbourne having worked on award-winning campaigns such as Buy Ready and GAYTMs. Claire previously worked at Clemenger BBDO Melbourne across the Mercedes-Benz, Fonterra and MLC accounts. Prior to moving to Australia, Claire worked in England at both JWT and TBWA across brands such as BP, John West, Jessops, Wickes, PZ Cussons, Dr. Oetker, Morris Homes and Environment Agency.

Claire is passionate and dedicated to the sheer strength of imagination, original ideas and their power to solve big business problems.

Claire’s career highlights that are examples of powerful ideas include the 2014 GAYTM campaign for ANZ collecting the Grand Prix for Outdoor and six other Lions at the 2014 Cannes Festival. It sparked huge conversation and put smiles on faces but the greatest comment was from one of the Cannes judges as follows;

“In my country being gay is illegal, but I want to send a message to the world that big corporations can actually change people’s views through advertising.”
Tista Sen, Snr Vice President JWT India, Cannes Judge.

Claire’s work on John West is another career highlight. In 2011, John West had an image problem. For sustainability, Greenpeace ranked John West 7th and activists began attacking the brand so they encouraged consumers to ‘Discover the story behind every can.’ As a worldwide first, John West customers could discover the ocean and the actual trawler name by entering a barcode from the top of each can.

Claire is also a huge supporter of growing young and curious talent across Australia and is a committee member of the Account Management Group and chairs IPA courses through The Communications Council.