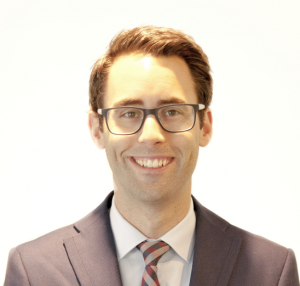 In 2007, the independent shop LOUD took David in as part of the AFA (now Communications Council) graduate program. The flat structure gave him a row seat to the likes of ING’s Billy Connolly campaign, Cerebral Palsy Alliance, Bayer, Animals Australia and Transport for NSW.

In 2011, David took a hybrid role at Ogilvy London. Part brand planner at Ogilvy & Mather, half digital planner at OgilvyOne. The job gave him global exposure to both disciplines on a huge scale working with British Airways, Transport for London, American Express, Visit London, Kronenbourg 1664 and Unilever.

David returned to sunny Sydney for the birth of his first child in 2012 where Clemenger BBDO offered him a spot as Digital Planning Director working on every major account in the agency including: Wrigley’s, Foxtel, Virgin Australia, Velocity Frequent Flyer, Hungry Jack’s and MARS Food.

David cares more about people than technology and is data obsessed, in all shapes and sizes. He also has the annoying tendency to play the piano at agency parties.