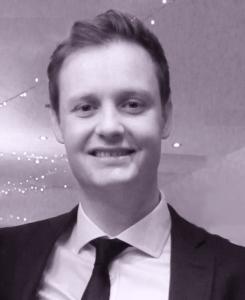 Maths geek meets Media Duncan is the Head of Performance of Analytics at Match Media and is responsible for the development and leadership of both divisions of the company. He is also a key part of the Executive Management Team and has been tasked with driving the agency vision for the next three years.

He has been instrumental in the growth that Match has experienced, leading and winning a number of pitches across the agency whilst directing the data and analytics revolution at Match, the fastest growing area of the company. Originally from the UK, he was brought over to launch the Performance team and develop the offering, leading the team from one to 15 covering all dynamically bought media. The Analytics department works across the whole agency and is responsible for the measurement, optimisation and communication of performance of our clients and driving the access to and utilisation of analytics for all. The work produced by these teams has been awarded numerous Global and Local awards on clients such as IKEA, RAMS and Cancer Council NSW. Other clients within the team include: HCF, DNSW, NRMA, RedBalloon, Australian Super, Belong, Thrifty and CMC markets.

Before media an academic background of mathematics has allowed Duncan to progress throughout his career bringing a mathematical rigour and approach to the marketing industry. On a weekend he can be found on the country roads of New South Wales on a motorbike or bicycle and enjoying homemade bacon or the best Ribs this side of Texas.