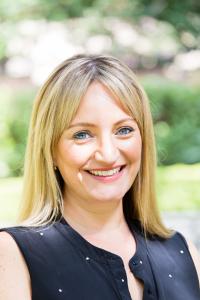 Jane is currently the Senior Marketing Director (ANZ) of ASX listed Outdoor advertising organisation APN Outdoor. Headhunted in 2014 from her role as Marketing Manager at Adshel, Jane has made her mark on the industry being awarded the Rising Star from the Outdoor Media Association in 2013, a peer (industry wide) voted award. Her passion for Outdoor is driven by the people she works with, both at APN Outdoor and the wider industry.

Always focussed on delivering marketing initiatives that change perception and drive revenue Jane has been a key driver of shifting the Marketing departments role internally at APN Outdoor, enabling for growth for Marketing team members and exposure to the entire business.

Prior to APN Outdoor Jane was the Marketing Manager for Adshel. Delivering during her time a new brand and campaigns that shifted perception of the product. Expanding on her role in the Marketing team, Jane worked closely with the People and Culture Director in leading the creation of new company values for Adshel to coincide with the launch of the new brand. In a first for the organisation the employees of Adshel (Adshelians) created the manifesto, 10 values that aligned the new brand and staff alike.

From 2007 through to 2012 Jane was the Marketing Manager – Australia & New Zealand at Getty Images. One of the leading multi-media agencies Getty Images is a supplier of content to advertisers and publishers. During her time at Getty Images, Jane was promoted to the Senior Management Team and was instrumental in implementing cultural change within the business. She launched the highly successful photographic competition ‘Grab’ which went on to become a global initiative for the organisation.

Jane started her career at EY before moving into a role at family owned retail chain Pearsons Florist before jumping into the crazy world of advertising..