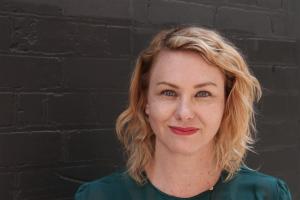 Lucy is the General Manager of Play Communications and oversees the agency to develop brand experience thinking for clients such as Volkswagen, Mondelez, Foxtel and Lenovo. Her career has spanned 14 years in London, Sydney and Melbourne with experience across youth, technology, music and FMCG marketing.

Prior to PLAY, she spent 5 years at BD Network an integrated agency in London. She spent two years growing and leading a team of 20 to deliver Pan-European campaigns for Nintendo, Coca-Cola and Diageo. She presented a business plan to launch BD in Australia and after winning a significant pitch, launched the agency in Melbourne in in 2010. She directed its first local campaign for Whiskas which was awarded a Gold Effie for Effectiveness in the agency’s first year of operation. BD Network was awarded AdNews Emerging Agency of the Year in 2011 only after 18 months in the market.

Back in 2005 Lucy worked as an Account Director at the UK’s largest media and marketing company, MAMA Group. Her role was to connect brands with music opportunities to deliver campaigns for 3 Mobile and The Times, as well as be at the forefront of launching bands and brands via emerging social media channels such as MySpace.

Lucy started her career at Student Marketing Australia developing youth marketing strategies for the likes of Apple, Commonwealth Bank and Sony. She led brand marketing activity on university campuses for over 5 years from strategy through to implementation. She left the agency in the role of General Manager in 2003 to develop her career in London.