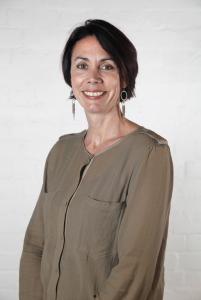 Margy is currently head of marketing at Guardian Australia, and has spent the last three years working to establish the local digital edition of the Guardian global news organisation as a significant, trusted voice in the Australian media landscape. Her latest focus has been the launch of a localised membership programme to secure the publisher’s financial sustainability in an adverse advertising market.

Previously Margy was Marketing and PR manager Australia/NZ for Virgin Atlantic airlines over a period of seven and a half years. Her role was responsible for all consumer, trade and corporate marketing, building the loyalty programme and managing partnerships and sponsorships. She moved Client side from her role as Advertising Account Director at Host working on Clients like ABC, the Sydney Morning Herald and Virgin. Host grew from a start-up team of six to become Ad News agency of the year during the four years of Margy’s employment, winning multiple awards for ground-breaking campaigns for brands like Virgin. She started her career in advertising as a graduate trainee at top ten London agency Lowe Howard-Spink / Lowe Lintas where she spent three years learning the skills of the trade in every department of a full-service creative / media agency, and became an unexpected expert in beer marketing working on the much awarded Stella Artois “Reassuringly Expensive” and Heineken accounts.