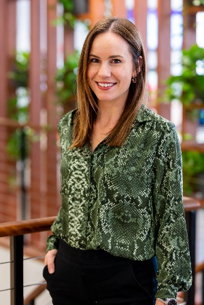 Prior, she was the GM: Head of Customer Strategy, Marketing Planning and Segment Performance at EnergyAustralia. Renee led EA’s Retail P&L (>$5b), and the development of the customer and segment strategies and value propositions, marketing planning, go-to-market, and marketing performance for the Consumer, Business & Corporate segments.

In 2016, Renee was named as one of Australia’s top marketing talent being awarded as a 2016 Marketing Academy Scholar. In 2015 Renee was named #2 in Top 20 Influential Gas Leaders in Australia by Gas Today.

In November 2014, Renee was awarded the Australian Financial Review BOSS Magazine Young Executive of the Year. In 2014, she was also recognised by Chief Executive Women and awarded a leadership scholarship to attend INSEAD.

Between 2013 and 2016, Renee was also a Board Director of the Energy Retailers Association of Australia. Renee was also a corporate lawyer at Freehills (Herbert Smith Freehills). In 2008 Renee co-authored the first climate change law text book in Australia entitled “Global Climate Change: Australian Law and Policy” (LexisNexis – August 2008), and also co-authored ‘Clean Energy Law’ (Lexis Nexis subscription). Between October 2007 and April 2008 Renee was an Honorary Research Fellow at the University of Western Australia and in 2009 was named a Young Gun Lawyer by Lawyers Weekly