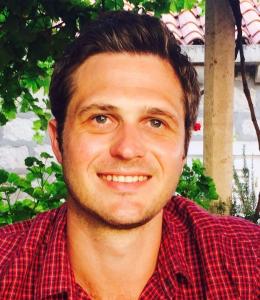 William Papesch, marketing manager at Heineken-owned Drinkworks Australia, is one of Australasia’s most-awarded marketers in 2014.

Will has recently been promoted from an Auckland-based role to build and lead a brand portfolio of eight beer and cider brands in the Australian market to underpin planned business growth. Heading up the marketing team, Will aligns with marketing teams globally to roll out local activity for brands such as Tiger, Monteith’s and Sol.

Prior to Drinkworks, Will was marketing manager for one of New Zealand’s most iconic brands, Tui at DB Breweries (also Heineken-owned). Will played an integral part in the success of two world-renowned marketing campaigns, Tui ‘Catch a Million’ and ‘Beer Plumber’. Both campaigns have brought Heineken much success, picking up a Grand Effie (NZ), four golds at SPIKES Asia Singapore, two golds at the Australian APMA Star Awards, and a prestigious gold Cannes Lions, to name a few.

At Tui, Will was also responsible for the brand’s sports leverage activity with the Hurricanes and Crusaders Super Rugby teams, as well as secured sponsorship rights for the 2015 Cricket World Cup in New Zealand.

Before joining DB in 2010, Will worked as a brand manager at Hansells Food Group where he helped grow the food business into a global success story. It was here that he developed and launched dozens of new products, and most notably was the lead in growing the global oil brand, Alfa One, now New Zealand’s largest cooking oil brand.

Will began his marketing career at the Sanitarium Health Food Company, working on Weet-Bix and also involved in the Kids Triathlon and All Blacks promotions.

With more than 40 Australasian and international awards under his belt, Will is on a trajectory to ongoing success in the global arena.