Ross and the 12 Lessons of the Marketing Academy

It’s been quite a while since I wrote a blog – partly because everyone else has started posting a lot more so I didn’t feel like I needed to, and partly because I’ve been finishing up my time at Cadbury and it’s been the antithesis of a quiet notice period.  But I’m now in an in-between period before starting with Diageo in January, so I’m finally sitting down and recording all of my many learnings over the last couple of months.

So with that in mind, I’ve decided to reflect on the first half of my Marketing Academy experience “12-days of Christmas” style.  Here’s 12 lessons I’ve learnt from 12 incredible people, thanks to the Academy:

On the first day, the Marketing Academy gave to me…
Helen Kellie, Director of Marketing @ BBC Worldwide

“When times are tough and you’re just not enjoying what you’re doing, that’s when you need brute force to get you through (and your drive comes to the fore).  It’s often where you learn the most.”

Helen and I spoke about a lot of things, but I particularly liked the sentiment of the above – the recognition that things won’t always feel fantastic, but instead of becoming absorbed by it the answer is to use your strengths to pull yourself out of it.

On the second day, the Marketing Academy gave to me…
Paul Brown, Marketing Director @ The Princes Trust
“Do the right things for the right reasons.”

One of the consistent themes across many of the people I’ve met has been matching up a logic flow to a decision – Paul took this one step further in saying the best way to make difficult decisions is to be clear on your value system and match the two up.  There’s often many decisions where there just isn’t a right answer, so being clear on why you’re making them one way or another is important.

On the third day, the Marketing Academy gave to me…
Major General Arthur Denaro

“Be the best – because second best is not good enough. No-one should be so disrespectful and foolhardy as to lead a team into battle with anything other than the intention to be the best.”

What a man.  Major General Denaro inspired us all at the second boot camp, and he gave us all so many nuggets that I could write about sixty blog posts about him. But this was one I found particularly uplifting – being the best isn’t just one of those soundbytes managers throw out there, it’s a responsibility of anyone managing people.

On the fourth day, the Marketing Academy gave to me…
Andrew Walmsley, Co-founder @ i-level 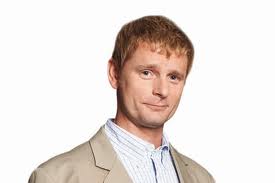 “Money is only how other people measure your success.  Not you.”

Andrew had lots of really helpful observations, but the above struck a chord for me at the time. It’s really easy to measure yourself by money, but it’s also very destructive and distracts you from playing the long-game.

“When you’re surrounded by great people, don’t get intimidated by it, use it. It can be a sling-shot to move beyond execution, and catapult your career forward.”

Charles was kind enough to meet with me to talk about moving into a new organisation, and he tapped into one of the best and worst things about moving – knowing no-one, and being afraid of quite how good they all are.  I now take up my next challenge with the knowledge that the better the people I meet, the better it is for me.

On the sixth day, the Marketing Academy gave to me…
Kristof Fahy, Marketing Director @ William Hill

“Lead people by being seen to enjoy what you do.”

I really liked Kristof’s philosophy – there’s nothing wrong with being seen to be having fun, because it’s infectious and builds a positive culture. The best way to lead people is to be seen to be enjoying it yourself.

On the seventh day, the Marketing Academy gave to me…
Andy Fennell, Chief Marketing Officer @ Diageo

“Have a positive attitude to risk… because largely it’s personal risk and not company risk (you won’t bring the firm down), so that should allow you to own the outcome.”

Andy talked to me about taking accountability, and setting up the right environment for people to take the right risks. The idea that the risks we take are actually generally pretty small scale wasn’t something I’d thought about before, but it suddenly makes taking responsibility both easier and less frightening!

On the eighth day, the Marketing Academy gave to me…
Moray MacLennan, Worldwide CEO @ M&C Saatchi 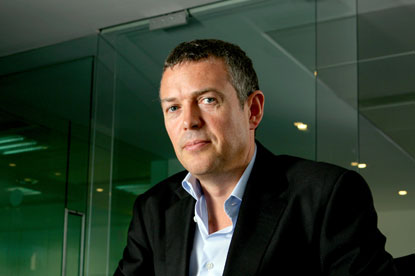 “If in doubt, do things.  It’s too easy to say no, and no-one is remembered for what they didn’t do.”

We all sat in a room with Moray and were fairly awestruck, if we’re honest. But if you ever needed a motivational one-liner, this is it. And it doesn’t even start on his perspective on what to do when someone offers you a pay rise…

“Be bold in your career – not reckless, but don’t play safe. Come in to work prepared to be fired.”

On the tenth day, the Marketing Academy gave to me…
David Wethey, Chairman @ Agency Assessments International

“When starting a new relationship or project, set it up by aiming for an IPA Effectiveness Award. It’ll help align on the challenge, define success and is a lot more concrete”

Having just written an IPA Effectiveness Paper, the thought or writing another one makes me feel sick.  But it’s a great idea to start a project with – write the first paragraph, and you’ll have the direction most projects lack.

On the eleventh day, the Marketing Academy gave to me…
Mark Ritson, Professor @ MIT and Columnist @ Marketing Week 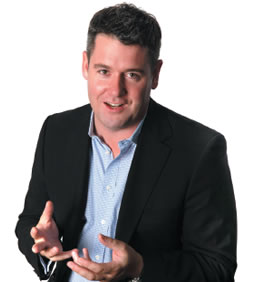 “Consistency is over-rated – if you find yourself having an argument about a font, throw yourself out of the nearest window.”

The worlds of comedy and brand management unite.  While I don’t think it’ll lead to Mark packing out comedy clubs across the country, we were loving it. And I’ve stopped caring about consistency.

On the twlefth day, the Marketing Academy gave to me…
Beth Broughton @ SCB Partners 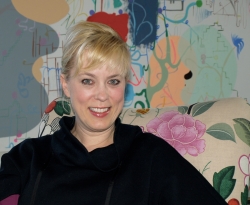 “When making career and business decisions, you have to focus on your logic path – connect passion with numbers.”

I like this simply because I invariably find myself making decisions with one side or the other, normally too much emotion.  Keeping this in mind when I was thinking about my next career move in particular kept me from making any crazy moves.

So that concludes the 12-days of the Marketing Academy Christmas – I’m obviously incredibly grateful to everyone who’s helped me in the last six months. And I’d recommend it fully to anyone.  Handily enough, they’re open for nominations… take a look.