Lucie learns how to play your cards right with Philip Mehl 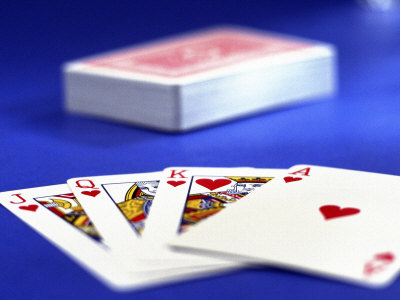 HSBC‘s Head of Marketing, Philip Mehl, finished off a valuable mentoring session with me this morning by teaching me how to play cards. Well, sort of.

It was one of those priceless walking-to-the-lift conversations that I am finding increasingly important as I progress through working life. It has been said that interviews and pitches have been won and lost on off-the-cuff remarks made in passing between the official end of a session and your departure from the building and, while there was a great deal more that I took from the session in addition to this parting pearl of wisdom, this was such a moment for me.

It was an anecdote that formed the last in a long line of fascinating nuggets of advice that Philip generously shared with me today – more of which I hope to post in due course. And it is one that resonated with me, largely for its simplistic take on two important inter-related facets of leadership: confidence and competence.

Philip’s analogy, passed on to him previously, was this. Imagine a deck of cards, where the blacks measure competence and the reds, confidence. 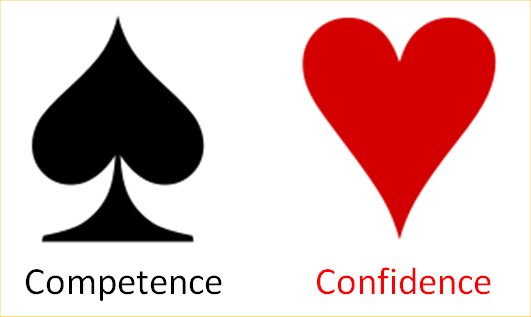 Your ideal scenario in an employee, a team member or leader is an equal balance of the two. The number is largely irrelevant, as you always aim to build on the number as you learn and develop. The important thing to know is not to let one outweigh the other.

For example, imagine this scenario. You have a team member who is supremely confident of their abilities – let’s say a Queen of Hearts – which belies their actual competence level, a three of Spades. You can imagine the result: an over-confidence bordering on arrogance, an unwillingness to take criticism, a refusal to learn and ultimately an ineffective worker. Leadership in this position is borderline dangerous as they set a poor example for the team, yet might present their actions as the overwhelmingly right decision.

And yet, the converse situation is no better. Say you have another team member who is actually very good at what they do, with a Jack of Spades competence level, yet for a multitude of reasons only displays two of Hearts confidence. This is equally inefficient as you end up with wasted talent – an individual who has supreme potential to be a great leader, but whose lack of belief in their own abilities results in a failure to realise said potential. If left unnoticed, this person could become frustrated, resentful of their obstacles to put their skills to good use and will either become stagnant and a waste of resource, or may leave the organisation altogether.

So what are the solutions? For our Queen of Hearts, a course of action could be taken to dent their confidence a little – the old phrase, being taken down a peg or two springs to mind. A stern but fair appraisal of their weaknesses, possibly using feedback (and feed forward) from clients or the wider team, to illustrate that their self-awareness may be a tad out of whack. Once the two sides are level again, they can begin to work the confidence levels back up, and the chances are that the competence will grow alongside at a more comparable rate.

Our Jack of Spades needs a morale boost. Largely, this can be achieved by positive framing – learning to self-appraise by not immediately focusing on the negatives but instead recognising the strengths and instilling a sense of confidence in the abilities that are there, but just not being fulfilled. Once Jack’s reds match his blacks, his own sense of achievement will increase, he’ll likely become a more efficient worker and the rest of his team will reap the benefits.

Skills are not lost overnight. If a leader or team player has shown evidence a competence level previously that then drops for some reason (be they a Jack or a Queen) the chances are you can build it back up again. You just need to start dealing an even hand. 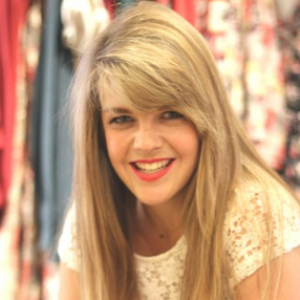 All Posts »
PrevPreviousVicki – Inspired to take a risk after Phil Rumbol’s speech
NextCarrie talks Granite, change and the joys of being scared with Andrew McGuinnessNext