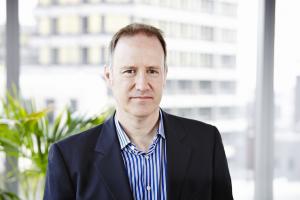 Guy was Previously Managing Director of Freeview, the UK’s biggest TV platform, having stepped up into the role in June 2014 from Marketing Communications Director. Recently he has led both a full re-brand and the launch of Freeview Play; the biggest development in the company’s history, which brings catch-up TV from the BBC, ITV, Channel 4 and Channel 5, on-demand services and live television to the UK population.

Prior to joining Freeview in June 2011 Guy was Executive Director of Marketing, Communications and Fundraising at Victim Support where he transformed the brand with a new positioning, identity and advertising campaign, and put in place the national charity’s first five year fundraising strategy.

His media expertise comes from over a decade at the BBC, working in several senior Head of Marketing roles, with responsibility for BBC Digital channels, BBC Sport and the BBC Television channel portfolio. His last eighteen months at the BBC were in BBC Worldwide as Head of Global Superbrand Development, working on the global franchise strategy for the Top Gear, Dr Who and Dancing with the Stars brands.

Prior to the BBC, Guy developed his commercial focus in Brand and Marketing Manager roles at Bass Brewers, increasing share and profit for the Worthington, Grolsch and Carling brands.

Guy is married with two children and has always been a sports fanatic. He is now concentrating on golf having retired from playing competitive hockey and cricket.