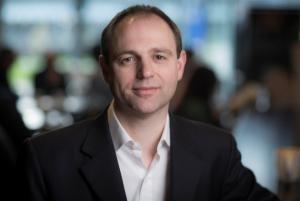 Ian Cranna is VP Reserve & Roastery for Starbucks EMEA, overseeing all marketing activities and category management across 2000 stores in 34 markets. Prior to this role, Ian was VP marketing & category for Starbucks UK [2012-2014].

Ian joined Starbucks in 2004 and brings a strong mix of international experience having undertaken roles in trading and marketing in the UK, France, U.S. and Netherlands with responsibilities across Europe. Joining Starbucks as category manager for the UK, Ian quickly rose to covering the EMEA region. In May 2008, Ian moved to Seattle where he became director of food for the company, before leading the Frappuccino© brand re-launch and developing a deeper understanding of the business globally.

Before joining Starbucks, Ian held a variety of positions at leading retail brands – Head of Trading for Habitat UK & France [2000-2003], Manager Inventory Planning and Retail Liaison for Warnaco [1997-2000], and Merchandise Manager for BHS [1993-1997]. Ian graduated from The University of Birmingham, with a Bachelor of BEng, Electronic and Electrical Engineering.

Ian is passionate about the role he plays in building the Starbucks brand across the region. He believes that listening to Starbucks customers, in stores and through new channels, such as social
media, is the cornerstone of the company’s success.