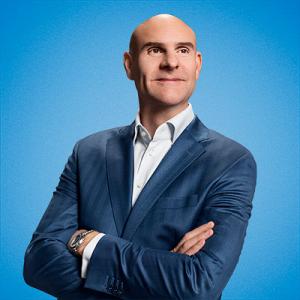 Jeff was the Managing Director at TalkTalk and previously was the Chief Executive Officer of Tele2, one of Europe’s fastest growing telecoms companies, based out in the Netherlands.

Prior to joining Tele2 Jeff worked for Virgin Media for five years. During that time he held a number of Director and Executive Director roles, but was most recently the company’s Chief Marketing Officer. Prior to joining Virgin Media, Jeff was the Group Marketing Director for Callaway Golf, where he was responsible for marketing, public relations, European product development and sponsorship and worked with some of golf’s greatest ever players, such as Ernie Els and Phil Mickelson. Immediately before joining Callaway, Jeff spent five years working for the Japanese car giant Honda, where he oversaw marketing, product planning and business planning. Jeff is an active participant in the marketing industry. He is a Fellow of the Chartered Institute of Marketing, an executive committee member of ISBA, an executive advisor to Credos and also a client ambassador for the IPA. He regularly contributes to the marketing press and can often be seen speaking at marketing and business conferences. Jeff has an MBA and an MSc in International Marketing.

Jeff lives in Surrey with his wife Mary and his two young sons Henry and Jonathan. In his limited spare time he enjoys cooking, shooting clays and the very occasional game of (average) golf.