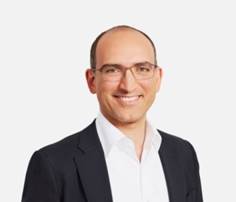 Kussai was appointed Director Marketing at Coca-Cola European Partners Germany in 2016. In this role, he is responsible for a beverage portfolio of Û 2+ billion in revenues. Kussai started his Coca-Cola career as Marketing Director Austria in 2007. He continued as a Regional Sales Manager at Coca-Cola Austria.

In 2011, Kussai moved to Germany as Water Director, turning-around the water business and making the ViO brand one of the most innovative growth businesses for Coca-Cola Europe. In 2015, he was appointed Director Stills & New Beverages Germany.

Prior to Coca-Cola, Kussai worked at Procter & Gamble in various Marketing and Commercial roles.