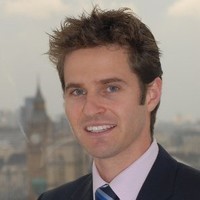 Mark was appointed Chief Customer Officer of Transport for London (TfL) in July 2019, where he responsible for TfL’s customer strategy, overseeing research and insight activity, and making improvements to public transport operations to generate more income to invest in sustaining and growing the network.

Previous roles at TfL include Director of Customer Strategy for London Underground, Director of Games Transport (responsible for coordinating TfL’s contribution to the successful London 2012 Olympic and Paralympic Games), Director of the Delivery Unit (an internal consulting team) and Chief of Staff to the Transport Commissioner. Mark is also a Trustee Director of the TfL Pension Fund, which manages assets in excess of £11bn for almost 86,000 members.