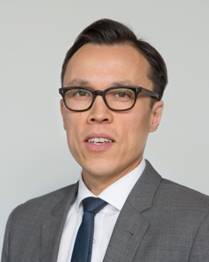 Michael started his career at Procter & Gamble and Nestle, before joining Mller in 2012 as Marketing and R&D Director.

In 2015, Michael became CMO for the global Mller Group, responsible for building the entire portfolio of brands across the group. This role covered a wide range of categories from yogurts and desserts to milk, butter, cream, salads, fish and spreads.

Michael recently took over as Chief Marketing Officer for Mller UK & Ireland, the 7th most chosen FMCG brand in Britain. Michael has been a key driving force behind the revitalisation of the Mller brand in the UK, highlights include relaunching and innovating Mller’s core brands like Mller Corner and Mllerlight, winning The Grocer’s Brand of the Year 2014 and introducing exciting new brand ambassadors like Nicole Scherzinger.

In 2017, Michael played a crucial role securing Mller’s pioneering partnership with British Athletics, designed to inspire the next generation to not only have fun with athletics, but to encourage consumers to live active and healthy lifestyles.

Michael is also a passionate sportsman. He discovered Karate in 2010 and won the Shotokan Karate-Do International Federation’s UK National Championships in 2013…despite breaking his finger 3 weeks before the competition! In 2018,

Michael was appointed Fellow of the Marketing Society and is also a trustee of the Women’s Sport Trust.