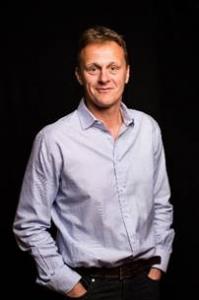 He joined Kerry Foods from ABInBev where he was Marketing Director for the UK & Ireland since 2014. In this role he held accountability for the full portfolio of AB InBev brands including Stella Artois, Budweiser, Becks and Corona and oversaw the successful UK launch of Bud Light earlier this year.

Prior to ABI Nick was with Coca-Cola for 5 years where he held a number of Marketing Director roles in the UK and across Europe. During this time, he lived in Berlin and was Marketing Director for their German business, and he also led the Coca-Cola marketing activation at the London 2012 Olympic Games. In his early career, Nick held a number of Marketing, Innovation and Sales roles at Diageo during his 14 years with the company, including marketing roles on the Guinness and Smirnoff brands, and trading roles in Grocery and Convenience . In his final role at Diageo he drove the transformation of the global duty free business from a trading channel to be a place where premium and super premium brands are built.