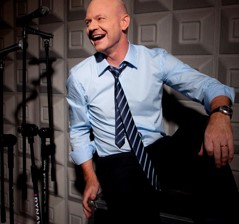 Peter is currently active as CEO and Founder of VUCASTAR. https://www.vucastar.com

He is a Senior Executive with major international experience. Until mid 2017, he was in the C-Suite of Imperial Brands (“IBG” – a FTSE top 20 Company) as Chairman of the Operating Committee, Global CMO and President of several Divisions. He was also Chairman of the Supervisory Board of Fontem, an IBG start-up (“Blu”). In 2017/18, he was Senior Advisor with McKinsey.

Peter is a sought after key note speaker and has done seminars and consulting work for Hersheys, P&G, Ageas, Evyap, Telepizza, IMD, Insead, Solvay Business School and several others.

Peter is a true VUCA and Leadership expert. Not only does he have major experience in Emerging Markets, he has also honed his skills with intense trainings a.o. at TLDG at West Point, with General McChrystal’s “CrossLead”, and Special Forces. He holds 2 Master Degrees in Law Law and Business Law), has done executive training with Harvard/Monitor, is certified by INSEAD in the International Directors Program and is a Fellow of the UK Marketing Academy.

Peter loves martial arts, music and adventure. He has a black belt in Shotokan Karate and is into Krav Maga. He collects guitars and in his youth played support acts for U2, Echo&The Bunnymen, TC Matic and others. Discovery is his passion: he has traveled to over 60 countries in exploration trips and is an avid reader.