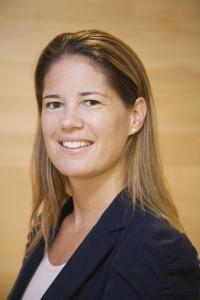 Sophie was previously the Group Managing Director at CSM Sport & Entertainment. Sophie is also holds Non-Executive roles at the Youth Sports Trust, the PGA European Tour and is a member of the NSPCC’s, ‘Now I Know’ Campaign Board.

Prior to this Sophie was the Rugby Football Union’s Chief Commercial & Marketing Officer and a member of the RFU Board since July 2011, joining from the National Basketball Association (NBA) where she was Managing Director and Senior Vice President for Europe, Middle East and Africa.

In over four years at the NBA, she spearheaded impressive growth across media distribution, sponsorship, licensing and events in addition to overseeing seven regional offices. She helped lead the NBA’s international efforts with a strong media and grassroots strategy, which included bringing the NBA’s first ever regular season games to Europe. Prior to her time at the NBA, she was the Women’s Professional Tennis Association (WTA) Vice President of Marketing and Sponsorship, developing and overseeing key commercial programmes, including the Sony Ericsson title sponsorship and various partner and marketing platforms. Sophie began her career at Adidas where she was the Tennis and Women’s Soccer Sports Marketing Manager in the US.