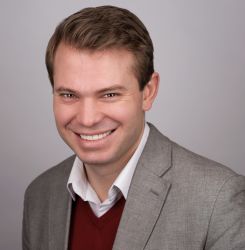 Adam is currently Senior Account Director for AMV BBDO. Having spent most of his twenties writing a PhD and kayaking for Great Britain, Adam joined Abbott Mead Vickers BBDO at twenty-six. Within two years he had helped pitch (and re-win) the Lotto account, worked pro bono for children’s charity, Kids Company and developed the ‘Choose a different ending’ campaign for the Metropolitan Police which would go on to win the inaugural Grand Prix for Good at the Cannes Advertising Festival.

In 2010, Adam began account directing one of the agency’s longest-standing pillar accounts: Sainsbury’s. His eighteen month tenure on the business culminated in the integrated launch of a new philosophy and brand idea: ‘Live Well For Less’. Currently, Adam leads the advertising account for Aviva’s Direct Insurance business as well as directing operations across the Eurostar account, which he helped to win in early 2012.