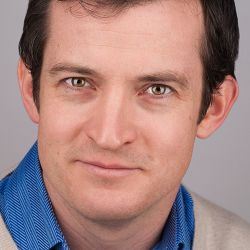 Alex is currently the Impact Manager for SparkBeyond, prior to this he was the Director for OneLeap. Previously he was the Principal Consultant with the global consultancy firm McKinney Rogers. He has spent 4 years with McKinney Rogers, partnering with a range of global clients to take their strategy and make it happen. In parallel to his work at McKinney Rogers Alex co-founded the charitable campaign ‘Row2Recovery’ in order to raise money to support wounded British Service personnel and their families. The campaign culminated in with a crew of 6 serving and former soldiers, including 4 seriously wounded and amputee soldiers, rowing over 2,500 miles across the Atlantic over Dec 2011 – Jan 2012.

Prior to joining McKinney Rogers, Alex spent over 7 years in the British Army, serving in Iraq and Afghanistan as an officer in the Parachute Regiment. Alex is a Law graduate from the University of Edinburgh. In his spare time Alex is a sports and travel addict. His 2012 sporting project is the Haute Route cycle race between Geneva and Nice.