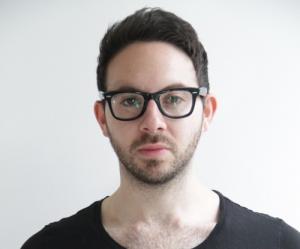 Daniel is an enthusiastic, sociable and entrepreneurial self starter with experience in creative advertising, digital marketing, sales, management, and strategy. In his advertising career Daniel worked with the best and most creative brands in the industry from Bacardi, Amazon, Spotify and Intel. His creative approach to overcoming brand obstacles online and his dedicated passion for working with tech companies and start ups gave him a strong taste for entrepreneurialism. Whilst employed as an advertising professional, he set up Deal 52 – an innovative branded card promotions platform, producing over 1 million playing cards and distributing these nationally. Unenthused by its scalability he ceased trading, having returned a profit (and more learning). Curious about the then popular Group Buying concept, set up his own version using white label software and managed to generate 20,000 users within a month. Delighted with the user acquisition but unhappy by the industry infrastructure, he closed this down, again returning a profit.

Finally, after researching social commerce and conducting a number of market tests, he devised Grabble with Co Founder Joel. In their first year they signed up over 1,500 retailers to the platform, 100,000 active users, released award winning Android and iOS apps, and raised over £1.2m in investment. Proudest moments have been getting Grabble to trend nationally on Twitter, rising to number 6 in the App Store, and being nominated as Great British Entrepreneur of the Year for Fashion. A huge believer in helping others, he also set up the Foundrs network in London which helps founders of tech and creative businesses connect and support eachother through a series of dinners, meetups, and emails.