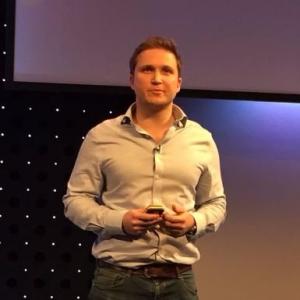 Ed joined BT in 2013 as the business shook up the UK pay TV market by announcing the launch of BT Sport. Since then Ed has been responsible for delivering campaigns from the launch of the channel and integration across BT’s other products, to announcing the arrival of the UEFA Champions League, Europe’s first 4K Ultra HD channel and more recently the Ashes campaign.

Following the success of these campaigns Ed was promoted to Head of Marketing for BT Sport’s Commercial premises’ responsible for driving commercial sales, partnerships and audiences for the UK’s largest out of home sports broadcaster.

Before moving to BT, Ed studied at Newcastle University and then joined ESPN where he had his first taste of working within the pay – TV market responsible for the acquisition of new customers.

Outside of work Ed can be found trying not to concede too many goals for the Battersea Wanderers Hockey team.