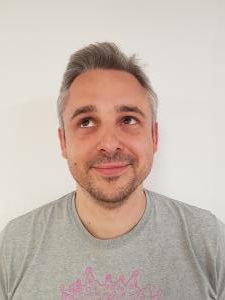 Ed is that most obnoxious of things: a know-all agency planner turned even more know-all client.

As Head of Brand and Advertising at Smart Energy GB, he is ultimately responsible for all creative development of advertising and sponsored content, as well as media planning and buying. The team’s work has won fifteen industry awards and counting, which he takes suitable pride in. But he takes even more pride in helping develop the ten other members of the brand team, many of whom have the potential to become even more annoying than him.

He has been on the other side of the fence for three and a half years, and made the move because it gave him the opportunity to only work on something that is an unequivocal force for good: the smart meter rollout. He enjoys the excitement that comes from building a campaign from scratch, and the much bigger toy box that a client gets. He mostly uses it responsibly.

Previously, Ed was a media planner at ZenithOptimedia and Blue 449, working on everything from global brands like L’Oreal and Mars, major retailers like Boots and B&Q, and scrappy start-ups like Zeo and Zapp. He originally started his career as a press buyer, and sometimes misses having long lunches and arguments on the phone for a living. Mostly the lunches.

Ed is a Guardian reading, Islington frequenting, hummus eating manifestation of everything the Daily Mail believes is wrong with Britain. He considers this an excellent thing to be.