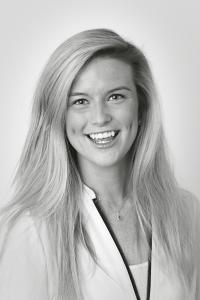 She currently runs global operations across PepsiCo’s Tropicana and Quaker brands, and is leading the development of a multimillion pound launch campaign for a new loyalty programme, Ice.

Hannah joined AMV in 2009 having studied Philosophy at Cambridge University. During her 7 years at the agency she has worked across a variety of accounts including Camelot, Sainsbury’s, The Famous Grouse, Eurostar, SCA and Responsible Drinking. Throughout this time she has led teams which have won creative and strategic awards for Sainsbury’s, Eurostar and Camelot.

Outside of client responsibilities Hannah is regularly involved in AMV’s new business efforts. In the last year she has led 2 successful pitch teams, bringing in just less than £1m of additional revenue to the agency. Hannah also takes an active role in helping to manage future talent, overhauling and rolling out a new AMV work experience programme in 2013 and soon after helping to create and then launch the annual AMV Summer School.

In 2013 she was awarded the Matt Elliott travel bursary in recognition of her contribution to the agency.Away from ad land Hannah volunteers with The Cinnamon Trust, who she has worked with for over 2 years helping the elderly and disabled in her local community care for their pets. Most weekends she can be found at the Emirates stadium, cheering on her beloved Arsenal.