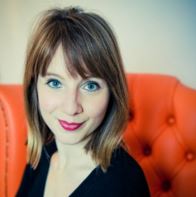 Jess was media director on the Warner Bros account at PHD. She was responsible for managing £30m+ business across their theatrical and gaming divisions, leading media planning for some of the UK’s biggest entertainment titles. Since joining the team twelve months ago, she has worked on the releases of Batman V Superman, LEGO Dimensions and Mad Max.

Previously, Jess spent four years working across the Mondelez and British Heart Foundation businesses. She helped grow the Mondelez biscuits and confectionary divisions through innovative campaigns for Belvita, Oreo, Cadbury Crme Egg and Cadbury Dairy Milk. She was also part of the team that conceived and implemented Kenco’s ‘Coffee Versus Gangs’; a CSR programme and media partnership that won Gold in the 2015 Media Week Awards. Her work on the British Heart Foundation included ‘Heart Attacks Can Happen on Any Street’, a partnership with Coronation Street that was the recipient of multiple industry awards.

Alongside her client responsibilities, Jess has worked on new business pitches for everything from shampoo to shoes, and was part of the team that helped retain the Mondelez business for PHD in 2013. She’s interested in company initiatives that help give back to the community, including mentoring grad scheme and apprenticeship applicants, and volunteering for the Media Trust.

Prior to PHD, Jess started her career at Starcom MediaVest, where she spent two years working in the digital planning team, on the Heineken UK business. She was part of the teams that helped launch Foster’s ‘Good Call’, and repositioned Tiger’s business into the main stream bar sector. Outside the office, Jess is a keen cyclist, yoga fanatic and DIY enthusiast.