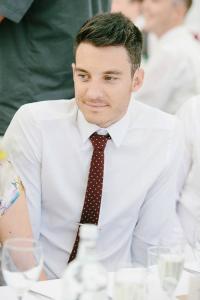 Nicholas was previously Marketing Manager for BBC Two, one of the BBC’s biggest brands, and one of the biggest media brands in the UK, where he leds the channel’s marketing strategy. Nick has recently helped lead a major strategic review of the channel’s role in the BBC’s brand portfolio and from a branding and creative perspective, the management and leadership of a multi-genre channel brand such as BBC Two is highly complex. Loaded onto this already complex environment are the demands of talent, production and agencies.

During his time at the corporation he oversaw major campaigns for the channel’s 50th Anniversary, its BAFTA award winning drama and recently refreshed channel identity. He also leads the marketing for Top Gear, Bake Off: Extra Slice, Dragons Den, Mary Berry Cooks, Peaky Blinders & The Fall.

Before joining the BBC he previously worked in marketing for two years at News International working for the The Sun & News of the World. He helped lead the marketing for the successful 2010 World Cup campaign and helped develop the strategy and launch behind the newspapers social media hubs and exclusive events for its readers.