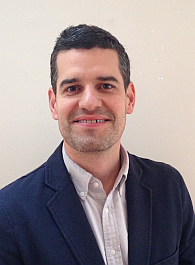 Since leaving Southampton University in 2000, Paul has worked in the Marketing Department’s of several leading media companies including Sky TV, BT Vision (part of BT Group) and currently ITV. In that time he has been fortunate to work on campaigns for some amazing products, services and events including Sky’s sports coverage including Barclays Premier League football, Golf’s Ryder Cup, Ashes Cricket and Rugby Union’s Lions Tour. More recently at ITV, he has worked to promote viewing of some of the UK’s biggest TV events including The X Factor, Britain’s Got Talent and the FIFA World Cup.

During his career to date Paul has risen from Marketing Executive to the role of Head of Marketing with a team of 4 Brand Manager’s currently reporting to him. His main area of responsibility has been developing and implementing multi media consumer marketing campaigns working with research teams as well as PR, media and advertising agencies. Paul has also been responsible for developing and launching new branding solutions for several products including BT Vision’s sports offering and the re-launch of ITV News in 2009. Paul is currently a member of the Executive Board of Promax UK which represents the interests of the UK television marketing industry and organises an annual conference and awards ceremony.