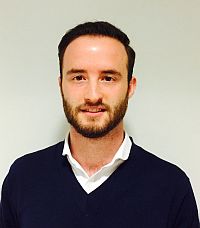 Philip leads the brand marketing and strategy for global franchise brands Sherlock and Doctor Who at BBC Worldwide. He is responsible for driving marcomms planning and campaign delivery across key lines of business, recently launching campaigns for Doctor Who Series 10 and the award-winning Sherlock Series 4. He works closely with Content, Global Markets, Local Channels, Digital, Creative and Production to build awareness, grow global reach and deliver on Worldwide’s ambitious commercial objectives.

Previously Philip was Head of Marketing for BBC Radio 3, the broadcast Proms & Classical Music, where he rebranded the station, developed their new content and season strategy and achieved the highest reach and share for 6 years. He also launched BBC Music with the ‘God Only Knows’ film and collaborated on the pioneering ‘Make It Digital’ initiative to inspire 7-24 year olds to get creative with digital technology and learn to code.

Before joining the BBC Philip spent four years in advertising at agency AMV BBDO working across key retail and FMCG accounts Sainsbury’s and Guinness. He helped re-launch Sainsbury’s Taste The Difference range and develop the strategy behind Guinness’ ‘Made of More’ positioning.