Applications for The EMEA 2023 Fellowship Program are open  – APPLY NOW 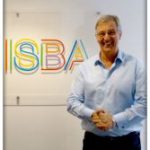 Mike leads and manages the ISBA team and is also a director of the Advertising Standards Board of Finance and the code owning committees, CAP and BCAP. He sits on both the Board and Council of the Advertising Association and on the World Federation of Advertisers’ Executive Committee and is Chair of the WFA National Associations Council.

Mike began on Unilever’s graduate scheme, progressing through various roles within the FMCG giant. In the early 1980s he became Coca-Cola’s UK marketing director, where he was responsible for launching Diet Coke into Great Britain.

Mike is a Mentor of the Marketing Academy and ISBA is the founding sponsor on the MA Fellowship programme.

TH: Mike, as Director General of ISBA what is your primary focus?

MH: I lead a strong team of functional experts in the marcomms space, focussed on championing the interests of our advertiser members. My role is to ensure we are covering all bases going forward, and that ISBA continues to meet its members’ current and future needs.

TH: The marketing industry is full of associations and trade bodies, what makes ISBA unique?

MH: Some would argue that there are too many associations. On closer examination, this proliferation is accounted for by an increasing number of what are essentially marketing bodies for different media platforms.  And then, outside advertising, there are various product sector ‘verticals’. Against this background, ISBA’s role as the Voice of British Advertisers is clear – we do what it says on the tin as the sole body single-mindedly focussed on protecting the interests of advertisers.

MH: The launch of Diet Coke is probably the highlight of my marketing career, although the resurrection of the Guinness brand in the 80’s/90’s was more satisfying. Being appointed MD of Guinness GB at the age of 40 was also cool.

TH: Do you think that UK advertising is still a world leader?

TH: Within the global business and political communities is the ad industry’s contribution being recognised and valued both economically and culturally?

MH: HMG needs to recognise this more – there is a tendency for ‘advertising’ to slip out of their definition of “the creative industries”.

TH: What is ISBA doing to help?

MH: This is where we link across agency and media stakeholders under the aegis of The Advertising Association. The ‘Front Foot’ initiative, fuelled by the Credos think-tank, is making great progress, the latest of which is the ‘Ad Pays’ report commissioned from Deloittes, which shows the economic multiplier effect deriving from advertising – £100bn GDP in fact.

TH: In the current economic climate what are the main challenges facing British Advertisers?

MH: A flat top line obviously puts pressure on marketing budgets and there is a tendency to commit ever later, spend on a ‘pay as you go’ basis, and focus on short-term returns. The challenge is to ensure that the long-term building of brand equity is not totally subsumed by the short-term focus.

To read the rest of the interview please click here