We are very excited to announce the opportunity to win mentoring sessions at our Inspire London event is back again this year, and it’s bigger and better.

We have a fantastic line up of over twenty-five senior leaders, entrepreneurs and academics with experience across a broad range of industries, who are all offering to share their knowledge and experience.

We’ve put the spotlight on five of them: 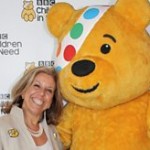 Stevie Spring: Chairman of Children in Need. She also currently Chairs the ITG Group for Bridgepoint Capital; is Non-exec Director and Chairs Remco for the Cooperative Group; is Senior independent director of ALCS; advisory Board Chair to Kino-mo; and on the Council of Kent’s International University .  She is a Fellow of both the Institute of Practitioners in Advertising and of the Marketing Society; a patron of NABS and holds an honorary doctorate for services to business. She was named in November’s GQ magazine as one of the UK’s 100 most connected women and is on Debretts 2015 list of Britain’s 500 most influential people. 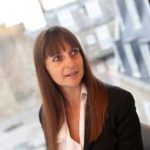 Debbie Klein: Chief Executive of Engine, the largest independent communications business in U.K. Debbie runs the UK business, overseeing the 10 partner companies, which include digital communications, advertising, direct marketing, data, public relations, brand consultancy and sponsorship. She has driven the transformation of the business in the digital world, growing it from 120 to 2300 people, via organic growth in new sectors as well as acquisitions and start-ups. Engine has been named in Sunday Times Top 100 Companies to Work For league tables for the last five years running. Debbie was previously named one of the Sunday Times ‘Top 40 under 40 in Media’ and is one of Campaign’s ‘Women of Today’.

Lindsay Pattison: named Worldwide CEO of Maxus in October 2014. Lindsay was the first female and youngest ever CEO within GroupM of the WPP network of media agencies. Her career started in media at Young & Rubicam and has followed a progressive track through the client-side ranks of Ericsson and then at PHD. She is also President of WACL (Women in Advertising and Communications London), a 92 year-old organization set up to support women in reaching the highest levels of their field in areas of marketing, advertising and communications. 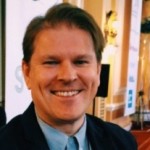 Adam Johnson: Director of Marketing for Global Radio, the owner of Capital, Heart and Classic FM radio stations. He manages the marketing of Global’ brands, which also include LBC and Gold. Adam has 10 years experience in media and technology and 5 years in creative advertising and impressive experience right across the marketing spectrum with outstanding digital credentials. He started at Nokia in several marketing roles, including head of consumer marketing and marketing director, and managed the launch of the Lumia brand. He then became Marketing Director for mobile devices at Microsoft, a role he started following Microsoft’s purchase of Nokia.

All of these marketing and industry leaders have donated mentoring sessions to Inspire London 2016 “The Changing Nature of Leadership: Why we need to think and act differently to succeed” on Thursday 14th April 2016.  During the event there will also be the opportunity to win mentoring sessions in a raffle which will also be available to purchase on the day. Raffle ticket price is £5.00, and all donations will to the Marketing Academy Apprenticeship programme.

100% of profits from the day go to The Marketing Academy’s Merlin’s Apprentice Programme.  For more information on Inspire London 2016 and how to get your early bird tickets please visit https://inspire-london-2016.eventbrite.co.uk