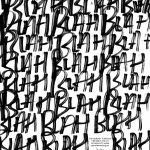 Marketing Academy Alumni, Angus George – Creative Director at Ogilvy, is the driving force behind Ogilvy London’s new Creative Internship Programme The Pipe, which is designed to give creative people, whatever their background, the opportunity to start a career in advertising.

So if you know a hugely creative talent who deserves a shot at working in the industry and who wants to get paid for that work (yes, Ogilvy will be paying their interns the London Living Wage) then send them these details now  as the closing date is 15th June!!.

There’s a lot of talk about diversity in the creative industry. But most if the time it’s just that. Talk.

To truly bring about diversity, people need one thing: opportunity.

That’s why we’ve set up a new six month creative internship programme at Ogilvy, that’s open to anyone, and pays the London Living Wage.

It’s called The Pipe, and it’s designed to give creative people an opportunity to shine, whatever their background.

We’re not only looking for the best ad grads to apply, but also creative-types who’ve never even heard of advertising or considered a creative internship as a possibility.

Education isn’t a barrier to the Pipe either. Some of the most creative people in the world don’t have an academic bone in their bodies. Couldn’t write you a paper. Couldn’t sit a test. Couldn’t even sit still in class. They’re just wired that way. Troublemakers with insane talent. The nonconformists, dissenters and rebels that David Ogilvy was so fond of.

Then there’s the big one. Money.

The astronomical cost of University aside, simply taking your first steps into creative industry can be idiotically expensive. Couple the insane price of living in any major city with the hilarious pay offered to most interns and you can see why many hopefuls give up then and there.

Then there are those who couldn’t afford university. Who had to take a job, any job, to make ends meet.  Who couldn’t rely on family to help them out. Many studies show that hardship bolsters creativity. But those people are few and far between in the creative industry. The Pipe is designed to give them the opportunity they’ve never been afforded.

They’re just a couple of the reasons we committed to paying the London Living Wage. Is it enough? No. But it’s a start.


And at the very least, an opportunity.

Find out more about The Pipe at ogilvypipe.co.uk, including how people can apply, what happens once they’re there, and how it differs from usual internship schemes.