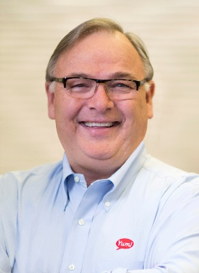 Greg Creed was Chief Executive Officer of Yum! Brands from January 2015 to December 2019 and has served as a Director of the Board since November 2014. Mr. Creed retired after a successful 25-year career with the Company. He has more than 40 years of extensive experience in marketing and operations with leading packaged goods and restaurant brands.

Previously, Mr. Creed was head of Taco Bell, the nation’s leading Mexican-style quick service restaurant chain. He was appointed Chief Executive Officer of Taco Bell in early 2011 after serving as President and Chief Concept Officer and was responsible for driving overall brand strategy and performance of the business in the U.S. and internationally. He has held various roles with the Company including Chief Marketing Officer at Taco Bell where he spearheaded the “Think Outside the Bun” campaign and new product introductions that generated strong sales and profit growth for five consecutive years, as well as Chief Operating Officer for Yum!.

Creed earned a business degree from Queensland University of Technology (QUT) in Brisbane, Australia, was named the 2014 QUT Alumnus of the Year and currently serves as President of The Friends of QUT in America Foundation. He serves on the Board of Directors of the Whirlpool Corporation. He is also a member of the American Society of Corporate Executives (ASCE).