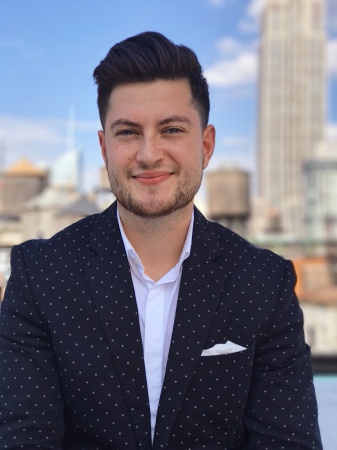 Dovas is an entrepreneurial marketer, at HelloFresh known by a nickname of “the crazy Lithuanian”. Currently he is the Head of Marketing at EveryPlate, a new recipe subscription venture launched by the world’s largest meal kit company. His role is to spearhead the new business’s growth in effort to fully democratize cooking at home (as there’s still mush-room to disrupt the already disruptive meal kit industry even further…)

Before joining the EveryPlate’s co-founding team in 2018, Dovas spent 3 years across two HelloFresh offices. Having joined the company at an earlier stage in London, he was the second full time marketing person in the UK office. He was responsible for a variety of online and offline marketing channel performance ultimately becoming a specialist in growth marketing.

In 2016 Dovas was offered an opportunity to transfer to the New York office. He joined HelloFresh US as Head of Business Development to lead the team responsible for strategic partnerships. Besides launching over 200 growth and brand partnership campaigns with other companies, he was also responsible for forming the flagship HelloFresh brand partnership with (RED) launching a charity campaign together with Mario Batali, Rachael Ray, Carla Hall and Emeril Lagasse that ended up raising $100,000 to fight AIDS.

Besides growth marketing and food puns, Dovas is very passionate about public speaking. Having given his first TEDx talk while still in college he is often found talking in front of various student audiences to give career advice as well as teach them the “give before you take” concept, which he believes is something every student (or person) should know about in order to be successful.

p.s. if you’re wondering why he is called the crazy Lithuanian, you should ask him that when you meet him in person 😉