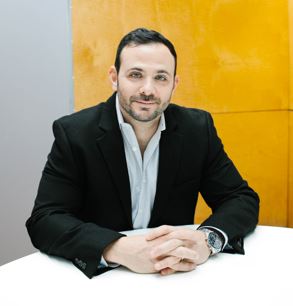 Greg Mondshein is an accomplished communications professional with more than 13 years of experience developing PR for technology brands. Most recently, Greg co-founded SourceCode Communications, which in just two years, has landed 29 retained clients, was named the New Agency of the Year by The Holmes Report, Agency of the Year by Bulldog Reporter, won three Sabre awards, a two-time PR News Best Place to Work, and was highlighted as the fastest growing agency globally and the seventh most creative firm by The Holmes Report. Greg was also recently named a Top 25 Innovator in PR in North America by The Holmes Report as well as the co-chair of the PR Council’s Next Board.

Prior to co-founding SourceCode, Mondshein was a Senior Vice President at Hotwire Global. In nearly two years, Mondshein tripled the pitch win rate to over 60%, increased average retainer size more than 70% and was named Hotwire’s 2016 Breakout Employee of the Year. Greg also worked on the GroundTruth, Marketo, Inmobi and Socialbakers businesses.

Greg started his career at Max Borges Agency in account management and from there, he was promoted to run business development and led the rapid growth of the agency from $800,000 in revenue to more than $12,000,000. He built a 5 person sales and marketing team and managed a budget of over $750,000.

Mondshein majored in communications and has a graduate business degree from the University of Florida. Personally, Greg is a recovering Ironman triathlete and climber of Mount Kilimanjaro, but is softened to the core by his beautiful daughters, Penelope and Amelia. He and his wife just moved out of NYC to live the suburban lifestyle in Larchmont, NY.