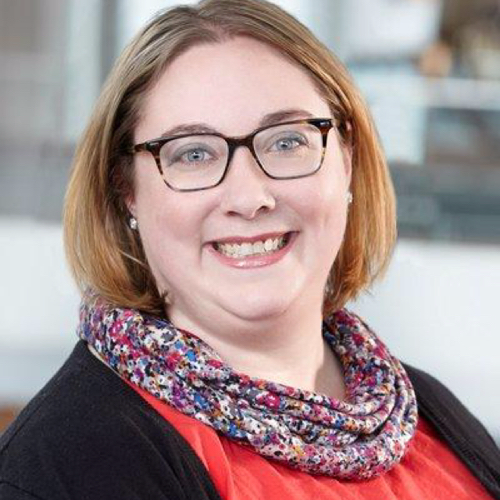 Lizzie is the managing director for national marketing and marketing capabilities at American Public Media, the largest station-based public radio organization in the United States. In this role, she is responsible for marketing for all of APM’s national radio and podcast programs, including Live From Here with Chris Thile, The Splendid Table, In the Dark, and many more. She also heads up the creative services group for all national and regional marketing, including graphic designers, copywriters and project managers.

Prior to joining APM, Lizzie worked as an independent marketing consultant, advising large CPG companies such as Estee Lauder, Post Consumer Brands, and Annie’s. She also had the opportunity to serve as the CMO and COO of a food startup, where she led all branding as well as securing placement in major retail accounts such as Target.

She spent almost 8 years at General Mills, where she led multi-billion-dollar brands such as Pillsbury, Honey Nut Cheerios, and Totino’s. Some of her notable accomplishments included the “Must Be the Honey” advertising campaign, featuring rapper Nelly, as well as a transformative shelf and package redesign for the Pillsbury canned dough portfolio. She holds an MBA from the University of Virginia and a BA in journalism from the University of North Carolina at Chapel Hill. Her pre-MBA career was spent in journalism, at newspapers such as The New York Times and the Atlanta Journal-Constitution.

For the past 6 years, Lizzie has served as the co-chair of the Minneapolis board for No Kid Hungry, the largest national non-profit dedicated to ending childhood hunger.

Lizzie is based in Minneapolis, Minnesota, where she lives with her fiancé and her 14-year-old dog. In her spare time, she is a voracious reader (averaging about 100 books per year) and loves attending live music and baking.