Bloody hell, that year went fast! Somehow the bunch of 30 alcoholics that I’ve spent the year with managed to graduate from the Marketing Academy last month. A disappointing lack of mortarboards at the ceremony was made up for by an abundance of Courvoisier. As I said, it’s any wonder we graduated at all.

Just like a pair of UGGs will give you long term tendon damage, the Marketing Academy promises to deliver life long brain swelling. The opportunities to attend training, conferences, talks and lectures continue even after we’ve finished our first year. We’re pretty damned spoilt, to be honest.

A few of us morning people recently took up the offer of a gaming breakfast. Alas, not a contest to see who can eat the most croissants, but an early morning lecture about how gaming is changing the way we approach marketing.

I’ll be honest, I walked in pretty cynical about what the lecture would offer. I’ve sat through enough talks on how everything from toilet habits to world peace should be ‘gamified’. Just like there’s a whopping great big industry of social media evangelists desperate for a quick buck and a chance to talk on stage, there’s another giant industry of gaming evangelists hoping that their white label points platform will change the world and make some dollars. ‘Check in to your newsagent to earn 500 bonus points’. ‘Buy an orange to up your green hero status’. Piss off.

The talk was done by gaming agency Hide & Seek’s Alex Fleetwood and thankfully he wasn’t here to tell us that everyone wants to earn a point every time they get on the bus. This was proper game play, inventing new games that people could play in real life. Pen & paper was involved, hell, they even made people run. The did festivals, stunts, paper games, beer mat games. Loads of it.

I won’t run through their list of case studies. You can check that out here. It’s a nice mix of real life and online games – http://www.hideandseek.net/projects/

Instead, I’d rather harp on about their philosophy for game development as so much of it struck a chord.

Firstly, leave it up to the game designers. It’s a proper skill and one that most agencies don’t have within their in house team. Well, they would say that… but it takes a while to learn and it especially takes a wealth of experience and case studies to know what works and what doesn’t. Have a concept, have some art direction, but when it comes down to the actual gameplay experience – get someone experienced to do it.

Secondly, this isn’t your standard budget format. The upfront development cost is only a fraction of the overall cost. Once the game is out there it’s not the end, it’s merely the beginning. A game should evolve and get tested by a wide audience, it should be developed with feedback from players and frequently updated to encourage loyalty. One stat of sorts that Hide & Seek put forward is that the game going live is often only 20% of the way into the game’s overall production schedule. It’s a tough sell in for companies, it’s not a never ending cost, but it’s certainly a long term investment if you want anything with a passionate community around it. (Of course, there’s nothing wrong with a one off game experience too, so long as that’s your only expectation).

I used to be an avid CityVille player. They had me hooked. Every week would bring new themes, new buildings, new goals, special edition items… there was always something sparkly to dedicate my time to getting. Their investment into the game is obvious and as a result, a huge community has developed around it.

And finally, the third: get people playing paper prototypes. We did a lot of work on paper prototypes at the Marketing Academy session with Albion, it was a good giggle and massively useful. Hide & Seek’s Alex argued that PowerPoint was the worst way to explain a game to a client. Get them playing it, get them properly involved and make them understand it. It could be fun too. 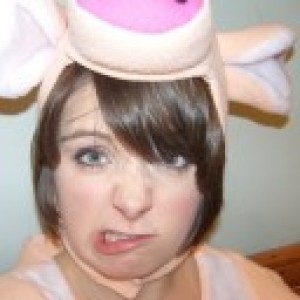