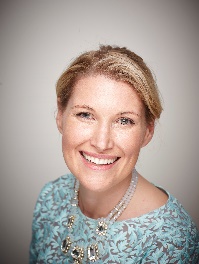 Claire joined Vigrin Atlantic as their Senior Vice President Marketing in July 2017. Prior to this Claire was at Virgin Holidays where she joined in December 2014, and was part of the leadership team that successfully led the company’s transition to a customer direct business, focusing wholly on its own channels to improve the customer experience. She implemented a complete overhaul of the marketing function, up weighting digital expertise and re-defining the way in which the customer base is segmented. This, coupled with efficiencies made in the company’s advertising spend has resulted in an 11% reduction in marketing costs, whilst driving a 6% increase in bookings and a 21% increase in margin.

Claire began her career on the Barclays Graduate Leadership Programme, working across a number of product and marketing roles in the consumer banking arm, becoming Associate Director of Global Propositions for Western Europe in 2008. In 2009, she accepted an approach to join NetJets, the world’s largest private jet company, as Senior Vice President of Marketing. During her tenure, she was promoted to the board and her responsibilities were extended to include Customer Service. Whilst at NetJets she introduced a ‘digital-first’ strategy encompassing the development of a new website and CRM programme, resulting in a 220% increase in sales from online channels. She also led the development of a carbon-neural strategy and by 2011 the entire airline’s emissions were 100% offset – a feat which has yet to be repeated in aviation. In February 2013, Claire joined Barclaycard as Group Corporate Communications Director, where she assumed responsibility for brand reputation and media strategy.

Claire is an advisory board member for Beyond Analytics’.