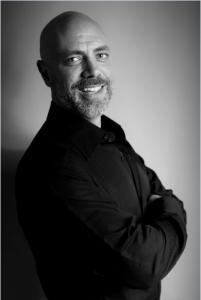 Steven Overman works on the front line of business and cultural transformation. Previously as Kodak’s Global Chief Marketing Officer, as well as the President of Kodak’s Consumer and Film Division, he and his team are leading the business turnaround and renewal of one of the world’s biggest brands.

As a strategy and innovation consultant for startups as well as Fortune 100 companies, and during his tenure as Vice President of Global Brand and Marketing Creation for Nokia Corporation, Overman has directly engaged with a broad range of leaders from the C-suite to the product and software design studio. He has collaborated with the world’s leading creative studios and advertising agencies, imagined and evangelized concepts for sustainable hospitality and sustainability infrastructure for international brands and co-created award-winning youth marketing in countries and cultures around the world.

Overman was one of the earliest members of the group that created and spread the message of the Digital Revolution at Wired magazine, and he collaborated on the invention of the ad banner for the world’s first commercial website Hotwired (an early offshoot of Wired). He helped create the Academy Award-winning movie Philadelphia, which transformed the global conversation about HIV/AIDS. He led the international launch of the world’s first smartphone, the blockbuster Nokia N95, and went on to lead the creation of innovative marketing for a whole new category of affordable mobile technology that connected a billion new consumers to the Internet, from India to Indonesia to Sub-Saharan Africa.

Overman is a frequent public speaker at industry events, ranging from NorthZone Ventures CEO Summit, Cannes Lions and EuroBest Festival of Creativity to the Conference Board, SIME Technology Conferences, PSFK and other international thought leadership events. He is the author of The Conscience Economy: How A Mass Movement for Good is Great for Business (Bibliomotion 2014)