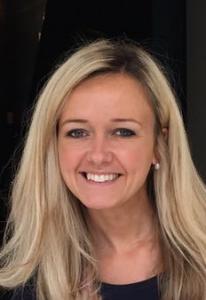 Amy’s most recent role was Head of Energy Marketing at British Gas, responsible for TTL integrated campaigns and Direct Marketing.

Amy joined British Gas in 2011 initially as Advertising Manager before being promoted to Senior Marketing Manager and subsequently Head of Energy Marketing.

Prior to joining British Gas, Amy worked as the Advertising Manager for Virgin Holidays. During her time at Virgin, she led the planning and delivery of all brand, direct response and trade advertising across all off and online media.

Before taking on Client roles at Virgin and British Gas Amy worked as an Account Director at CHI & Partners in London. Joining CHI in 2005 after graduating from Oxford University. During her 5 years at CHI she worked with a variety of Clients from different sectors including Lexus, The Carphone Warehouse, RBS Group, Premier Foods, Pepsico, Pfizer and British Gas.