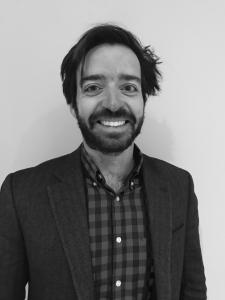 Andrew has been in his current role at since 2015, he’s creativity and strategic flair are the driving force behind his success in his role within Toys and Games giant, Hasbro. Leading Nerf, their largest brand and one of the largest brands with in the Toy industry he has consistently delivered innovative media campaigns, proactively bringing his brands to life in new and exciting ways into order to engage with the fractured kid’s audience.

Prior to this Andrew was heading up Hasbro’s Marvel portfolio, where his passion and energy, working closely with Disney, created a string of successful launches to support the Movie Franchise and broader business. Andrew has also been a dedicated supporter of children charities, both a mentor to local children, and as fundraiser.

Whilst balancing his professional commitments he has personally raised over £150,000 for the charities he supports through a series of inspirational endeavours including a World Record breaking solo row across the Atlantic Ocean and a 1,200 mile cycle, across entire length of New Zealand.