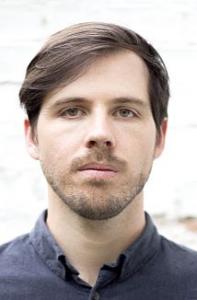 For the last few years Campbell has collaborated with the leading thinkers, artists and developers to design some of the worlds most ambitious brands: Skype, EE, Expedia and PwC. He is a 31 year old Australian with a Swiss army knife of skills including digital, print, signage, photography, illustration and in his own words ‘a little bit of creative strategy’. He is energetic, keen to learn and loves what he does. Campbell is senior designer at Wolff Olins, creating brands for positive impact. He plays an important part in the latest push to make brands that work for a digital world. It’s a fundamental shift in focus from top down to user up. How something looks should be determined by how people will use it. Systems built on movement, sound and interaction. Living brands for new digital environments.

Campbell was lead designer for Skype’s new creative expression. He trained internal teams, collaborating on live projects and ensuring a successful implementation of the brand.

Campbell played an important role in concept and development of the logo, typography, icons, animation, sonic, print applications and digital applications. In preparation for the launch, he directed a small team of digital designers, UX designers and web developers to create prototypes for desktop, tablet and mobile. In addition, he helps to organise the Because talks at Wolff Olins and personal projects for community organisations.

Previously Campbell freelanced for agencies in London and internally with big corporates such as Compass Group and BSkyB. In Australia, his first job was as the first employee of a successful start-up design studio. He studied graphic design at Griffith University, QCA in Brisbane.